This Article comes from the Globe and Mail.

From Cowessess in Saskatchewan to Tk’emlúps te Secwépemc in B.C., First Nations have used ground-penetrating radar to find the remains of lost children – and for Canadians, it’s been a reckoning about more than just residential schools. 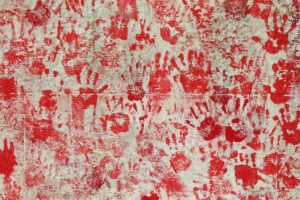 Red handprints cover the pedestal of the just-toppled Queen Victoria statue outside the Winnipeg legislature on Canada Day, which became a day of action for Indigenous people and residential-school survivors across the country.
SHANNON VANRAES/REUTERS

From coast to coast, Indigenous people have long suspected that former residential schools – colonial institutions designed to separate children from their cultures – still had unmarked graveyards that hid their horrific human cost. Hundreds of such graves have been reported this summer as First Nations have used ground-penetrating radar, archival detective work and the help of experts to find the remains of long-lost loved ones.

Three such communities – Cowessess in Saskatchewan, and Tk’emlúps te Secwépemc and Ktunaxa in B.C. – have gotten most of the attention this summer, but they aren’t the only ones with unmarked graves and won’t be the last to be brought to light. Here’s a primer on what’s they’ve found and how it’s rekindled Canadians’ conversations about the colonial legacy, reconciliation and what should be done to give the children’s remains proper respect.

Finding more unmarked graves is only one of the things Indigenous leaders and advocates are pressing Ottawa to do to help residential-school survivors and follow through on the TRC’s recommendations. These include:

Nutrien Feeding the Future Through Mentorship

The Value of One, the Power of Many

You’re on mute – that’ll be $1! #MuteJarChallenge

National Mentoring Month with Kim, ED and Steve and Dave from the Moo Crew

An Ode to Mentors During National Mentoring Month with Blue Sky, Garth Materie

Happy “I AM A MENTOR” Day

Donate the Gift of Securities this Holiday Season!

Over 4,000 kids on Big Brothers Big Sisters waitlist in Canada